Home » Why travelling is the best form of education – The story of our first trip to New Zealand.

Why travelling is the best form of education – The story of our first trip to New Zealand.

This is the story of our first trip to New Zealand in 2009 and how without us even realizing it at the time, it would change our life’s path as well as change our outlook on life! This article will be about why we went, when we went and where we went. Little did we know that back then our 6-month backpacking trip would open a world of opportunity for us, let alone it meant us moving successfully to another country almost 5 years later!

Let’s start with the when;

It was common knowledge throughout my younger years that I had always wanted to go traveling, but I guess one vivid memory I have during my teenage years is that of my two of my friends leaving to go to Australia on a backpacking trip. I remember being very jealous of their trip at the time and slightly frustrated that I didn’t have that opportunity to go, basically I opted for the ‘stay at home and continue the education path’. I remember right there and then making a silent vow to myself to make sure I went traveling after my university studies were complete.

That silent vow was made in 2005 and then 2 years later university had ended and you guessed it I was skint! So I did what any other 21-year-old would do after university I moved to the ‘big smoke’ (for us Cornwall folk that’s Plymouth, far I know!) and worked full time for a year and a half and during this time Isaac was completing his final year at university. 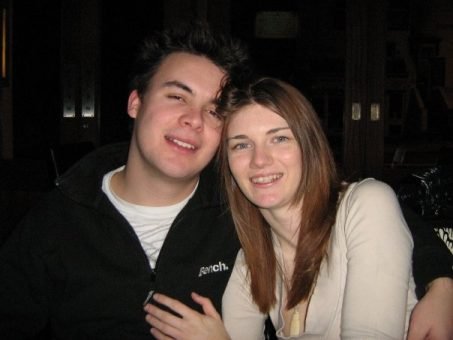 Our younger selves, living and working in Plymouth

What about that Why:

The ‘Why’ all came down to meeting Isaac. Before this chance meeting, I had visions of going to Australia and backpacking through the country with nothing but a bit of money and a heavy backpack that I could never carry. I met Isaac at the end of 2006 and at the time I remember quite early on him telling me that his mum was from NZ and that he went as a child but always wanted to go back.

For those few years during and after university the conversation would always come up with us wanting to travel and complete a gap year of sorts. Isaac during this time obtained his NZ citizenship through descent and NZ became an almost weekly conversation! It made sense that this was a destination we would head too!

In the midst of all this, there was another underlining reason of why we wanted to go traveling. After university, I had taken a job in travel. On daily basis, I would persistently tell people to go traveling and to live for the moment.

I was a hypocrite if I didn’t start listening to my own advice, right? I had to simply find out what all the fuss was about, after all it would be rude not too!

And before we knew it, it was the summer of 2009 and we had saved up enough money to go traveling, Isaacs university course was finished, and the flights were booked. It was now or never!

We packed up our belongings, both quit our jobs and left in October 2009. 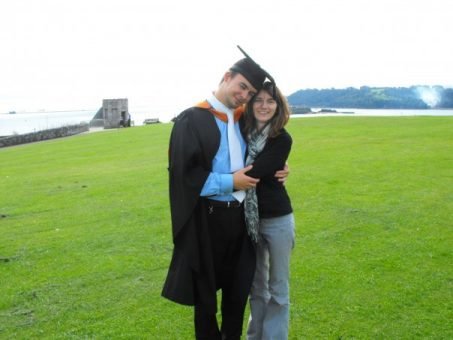 Looking back now I can see now that I had no clue how this trip was going to change me as a person, my path in life and educate me in such a way that 3 years in university never did. And the true effects of this trip only changed me after we had returned home…more on that later.

We starting with numerous weeks sunning ourselves in Thailand, Malaysia, and Singapore, a week in Sydney (for my birthday of course) and then decided to spend the majority of our time in NZ. We landed into NZ on the 10th December 2009.

Isaacs grandma kindly put us up upon our arrival and it quickly became our second home. Our intentions were to buy a beat-up campervan to travel around in, but as kiwi families have it they had a spare car to lend us for the whole duration of our trip! 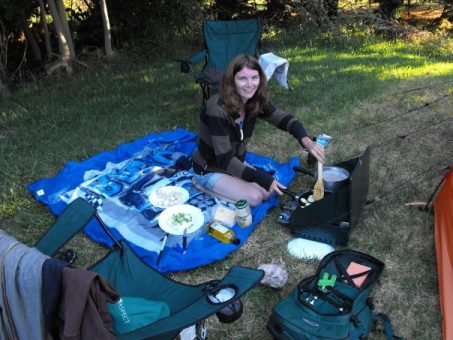 This was our lives whilst we traveled every inch of NZ.

We spent Christmas and New Year in the Northland (Whangaroa Harbour) meeting all of Isaacs extended family which was just incredibly eye-opening. I am from a big family and I thought our family was big until I met his family. It was a great first Christmas away from home for the very first time, his family were all very welcoming, accepting and liked to tease us on our softness (Apparently, us Brits are soft?!).

After the holiday season (which we have come to learn is a big holiday season here) and in January we headed off on our NZ road trip with every intention to return and fly to the South Island at a later stage, but lucky for us we were able to keep the car until the very day we left NZ, this is the route we took. Warning it’s a bit of a puzzle!

With the South Island, we spent 3 glorious weeks there. We certainly underestimated how much there was to do on the South Island, I remember reaching Queenstown on St Patrick’s Day (best party ever!) and not ever wanting to leave. It was the first time on our trip that we were forced to travel quickly and swiftly and we still regret this to this day as you can see by our travel map the South Island destinations that we have visited are limited.

We returned to England on the 25th April 2010, almost exactly six months to the day we left the country. We didn’t tell either of our family members that we were returning until we rang them up from Heathrow Airport demanding a roast dinner in time for our arrival that same day!

I remember that night lying back in my childhood bedroom and thinking had this 6 months of pure bliss of independence, freedom and no worries lifestyle all been real? Will I wake up tomorrow and find out it had all been a dream?

But before I knew it I had shrugged that thought off, unable to analyse it as I was so tired I fell asleep for what felt like a century… all mainly due to the jetlag of course!

Can anybody else relate to this? And when you wake up the next day you still don’t analyse it, reality hits you the higher archy of needs set in as you need a job, you need somewhere to live, you need money and you find yourself not ponding on what the life experience you just had really taught you.

At least that was the case for me. I look back at that time and realized I should have taken a step back and really thought about what that time traveling taught me. And that leads me onto why it took us almost five years to return to NZ, more on that in part two, you can read about that here.

In the meantime check out some unseen photographs from our this trip in 2009. Including some of South East Asia & Australia. Please click on them to enlarge them if you wish.

In Bangkok exploring the temples

On a beach in Thailand

Riding an elephant, as you do.

Falling in love with Waiheke Island

Somewhere on the east coast of the North Island.

The moon, in Taupo.