During our time spent in New Zealand, we have lived in both Wellington and Auckland, we spent almost two years living in Auckland when we first arrived in NZ and have been living in Wellington for now over two years as well. Now we have spent a considerable amount of time in each city we thought it was about time we did a comparison: Wellington vs Auckland for anyone thinking of making the move down (or up!) to the big smoke or New Zealand’s capital.

You can read about the reasons why we left Auckland in favour of Wellington in our blog post here. We still stand by our decision to leave Auckland, in the long term our life there was just not feasible. Maybe if the housing market crashes it will be a different story but for now, it isn’t on the cards.

That is not to say we don’t miss Auckland, we miss living in Auckland, the great bars we liked there, the sushi, the friends we made and the weather but thus far Wellington is the first place in New Zealand that we feel like we fit in.

But of course, like anything, there is the grass is always greener attitude, Wellington has shown us it’s fair share of disadvantages too! Hopefully, this can help anyone who is thinking of moving out of Auckland or alternatively anyone who is currently overseas and thinking of making the move to NZ and is unsure of what city to start in.

I have covered 5 main factors, housing, people, transport, climate and geographical location. Please remember though this is a subjective viewpoint coming from a couple who have never really lived in a city larger than Auckland before… 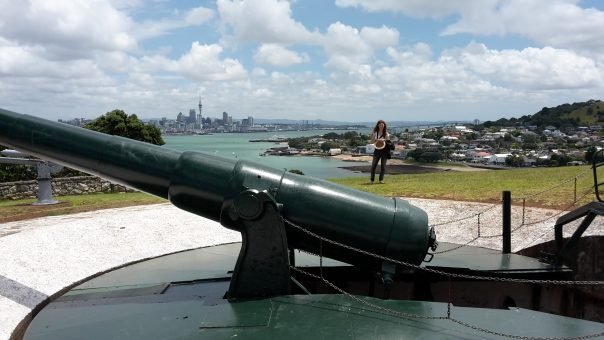 After 18 months in Auckland it was time to move…

Auckland Vs Wellington – The Housing:

For us, cost of living is the biggest change we have noticed from our move from Auckland. The savings aren’t huge (I am talking a couple of hundred dollars a month) but housing down in Wellington is generally at a lower cost than Auckland. We can find a comfortable 2 bedroom apartment/house with outside space with a beautiful view of the sea rather than a busy road for around $550 per week. But on the flip side, the houses are actually a lot older and probably less modern than we are used to in Auckland. There are a lot of old properties here in Wellington that suffer from damp problems or have insufficient heating. But money talks, so it a win for us currently.

If you are interested in further comparing the cost of living to say your lives in England to here in NZ I would suggest you check out our recent Cost of Living Comparison article with our lives in Auckland compared to our old lives in England. We hope to do another one of these soon comparing Wellington to life in England – watch this space!

People make places, fact! Another fact: While Wellington is a city, it’s town sized to most of us. The CBD itself is home to just 17,000 people, what? This means unlike Auckland, you’ll find yourself bumping into the same people and noticing the same people around town!

Within the first week here we met a few people and they said Wellington is built on networks, and it is so true. It really is not what you know it is who you know and it is great. We love it, we get this small-town feeling that Auckland couldn’t provide us with. We felt like a number in Auckland we are individuals here. Wellington is also full of unique, quirky individuals, and being that is simply exciting. My slight craziness is accepted here. 🙂

Wellington has the SNAPPER card, Auckland has the ATHOP card. They are the same concepts. I would say the cost is about the same as well. But hardly anyone takes the bus here in Wellington! Wellington advertising itself as NZ most walkable city. And they are not wrong. With the CBD less than 2km’s long if you live in the CBD there is really no point in waiting for a bus, walking will get you there quicker.

What about the traffic in Wellington? The commuters from the suburbs moan a little but we really don’t think they have much to moan about compared to Auckland’s issues. You really can’t compare it. There aren’t many highways in Wellington, 2 minutes out of the CBD and it is like driving through a hilly town in England. Auckland’s network of highways run right the way through the city.

We loved the cycle lanes in Auckland. Sadly, Wellington isn’t as safe or as leisurely for cycling to work. The roads are often narrower, hilly and there are few bike paths – unlike in Auckland. People who cycle in Wellington sit in one of three camps:

Auckland, on the other hand, impresses me with their cycleways and their continual improvements to the cycle paths. It is the city’s way to reduce the number of cars on the road and I do think in a good number of years they will achieve this. I appreciate the long-term approach Auckland has taken on this issue! 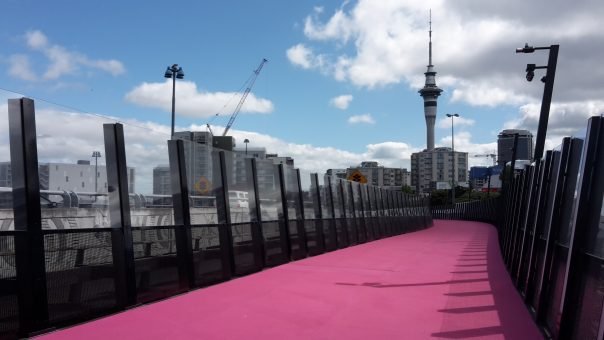 Known locally as the Pink Bridge, it connects Auckland’s network of cycle lanes up perfectly, making Auckland a safe place to cycle.

This is my biggest and ongoing annoyance with Wellington. Auckland, being at the top of the North Island obviously gets a better climate. My friends in living in Auckland told me, Wellington is windy, it is cold, Wellington doesn’t get a summer. My ignorance got the better of me, surely it can’t be that bad? But yes, they were right, it can be.

The inconsistency in the weather in Wellington lies in the wind and it can be pretty bad. Our first summer spent in Wellington wasn’t as bad we first expected it to be though, the wind does die down and summer although less humid than Auckland was a pretty stable one. It certainly was more consistent than the average British summer that is for sure! Please remember though this is a viewpoint coming from very British girl!

You can’t beat Wellington on a good day.

This is so true! On the flip side, when it is great here it is great. Wellington has one of the world’s best waterfronts, it is simply stunning. When the sun is shining Wellington has this vibe, everyone comes outside, everyone is happy and you don’t feel that same vibe living in Auckland. Even though Auckland has better weather, Wellingtonians seem to appreciate the good days and that is priceless. 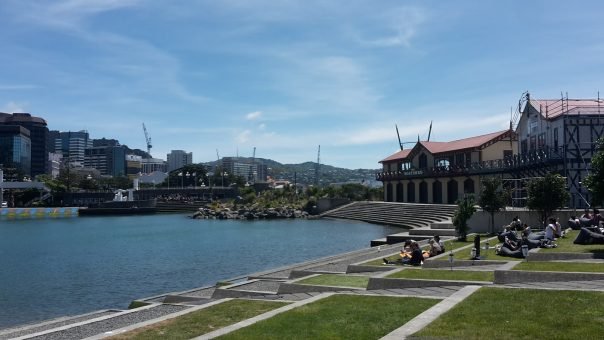 When the sun is shining Wellington’s waterfront is the place to be.

This is an issue I contemplated not bringing up on our blog. In November 2016 NZ got hit by a 7.8 earthquake. Although Wellington wasn’t the epicentre it still was felt very strongly here in the CBD. It was quite frankly the scariest thing to witness. I am not one for drama and I don’t like to blog too much about negative experiences, but the reality is it happened, and this blog is also about documenting moments in our life.

Those 60 seconds spent under the dining table (yes that is where we went!) at midnight when the earth beneath us shook also shook up my mindset. The fact that Wellington is built on a fault line is not an issue you should ignore either. It’s very possible that Wellington in the future will have other strong earthquakes.

When we moved to Wellington we didn’t even consider earthquakes. They are very serious and not something you’d want to experience. What we have taken away from the experience is to not be fooled by our naivety and realise everything is possible.

The council has been doing a great job since with educating Wellingtonians on what to do in case this happens again. If anyone is interested this website by the council has developed in leaps and bounds over the last year and we have found it very useful.

That being said Auckland is a city built on volcanoes, with more than 50 in a 100 Km area…

New Zealand is a young country in the grand scheme of things and is still very active.

As I have said before…

New Zealand really does have it all!

If you are making the leap of moving to either Auckland or Wellington check out our article on how to find a trusted mover in NZ, the distance between the two cities is quite large and its not a moving job we did by ourselves!